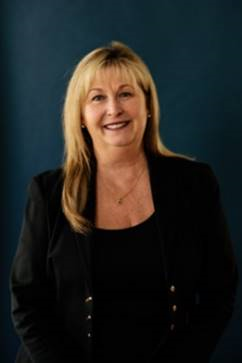 Nicole is an associate with Lupiano Executive Search and the founder of NP Consulting, a resume and interviewing preparation coaching firm.

Prior to this, Nicole was the Vice-President and Shareholder of Renaud Foster Management Consultant, a boutique Executive Search firm in Ottawa, which Odgers Berndtson Canada purchased. She has led and co-led hundreds of local and national executive searches for CEOs and Senior Management for the Not-for-Profit, Association, Private and Public sectors, including Crown Corporations and GIC appointments.

Nicole is fluently bilingual and holds a Bachelor of Business Administration from Ottawa University. 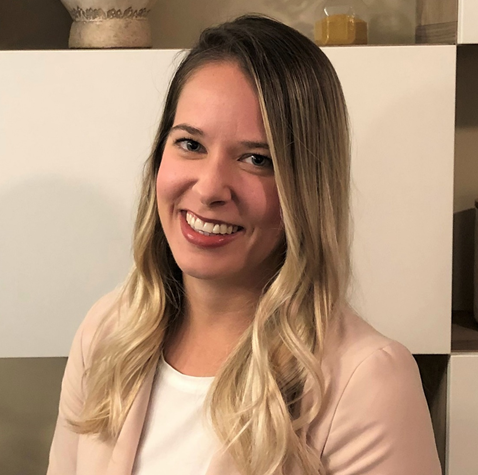 Kayla is a designated finance professional with over 10 years of experience in accounting and finance. She started her professional career as an auditor with KPMG LLP and has since held various positions of increasing responsibility in both the public and private sectors. She has experience in all areas of the financial reporting cycle, strategic planning and analysis, and was also a participant in the 2018 launch of Minto’s Real Estate Investment Trust. Kayla is currently the Director of Finance & Valuations for the Minto Group where she is responsible for the valuation of over $2 billion in real estate assets.

Kayla holds multiple professional finance designations (Chartered Professional Accountant and Chartered Business Valuator) and has an Honours degree in Mathematics and Business with a specialty in Finance from the University of Waterloo.

Kayla has been a dedicated member of the social committee at Minto, and is passionate about team building, community support, employee engagement and advocating for the physical and mental well-being of her colleagues. She also sits on the Office Redesign Committee that is leading the Ottawa team through a post-covid office space transformation that will promote inclusivity, diversity, mental, emotional, and physical health.

Kayla strongly believes in the link between physical activity and mental health. She can often be found maintaining her personal well-being and supporting her community by participating in various charity runs throughout the year! 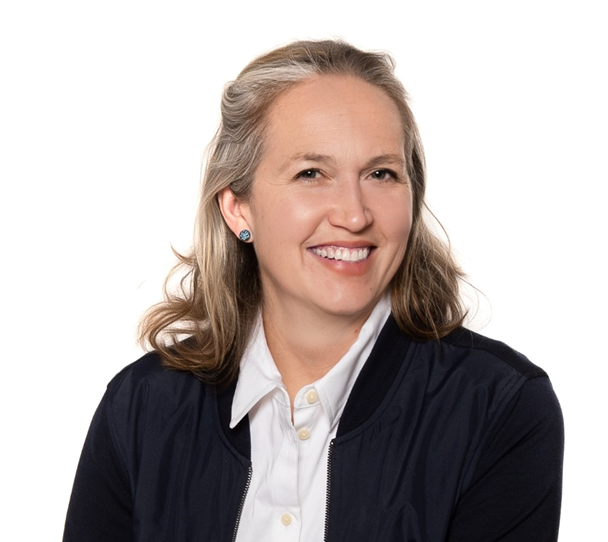 Jennifer is the proud mom of two children, Chase and Bryn, ages 12 and 10. Jennifer and Scott, her husband, are current residents of Carp but have deep roots in Kanata.

Jennifer is passionate about contributing to the strong and vibrant community fabric that makes Kanata-Carleton a wonderful place to raise her children.

Having completed her BA from Carleton in 2003, she completed her MBA in 2007. Jennifer and Scott founded their business, Mastermind Events, in 2007 and have since grown from their garage in Morgan’s Grant, to a warehouse in Kanata North, and their newest space on Carp Rd. Growing this business and employing 16 people in various capacities. In 2015 she was the recipient of the Ottawa Chamber of Commerce/Ottawa Business Journal 40 Under 40 award and the Ottawa Wedding Awards Tsirmpa Award for community involvement. 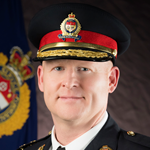 Deputy Chief Steve Bell has lived in Ottawa for the past 30 years. He is a 25-year veteran of the Ottawa Police Service (OPS) where he is currently responsible for the Corporate Support Command.

Deputy Chief Bell’s background gives him a solid understanding of both the community’s diverse needs as well as the needs of Police Service members. He is a demonstrated, innovative and strategic thinker who is successful at managing complex organizational change. He has played a key role on several significant projects including Gun Violence Suppression, Neighbourhood Policing, Gender Audit, Service Initiative, and Wellness Strategy.

Deputy Chief Bell has a Bachelor of Arts Degree in Psychology and Political Science from Carleton University. He is married and has two sons. 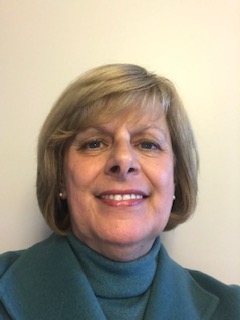 Marilyn’s involvement with the Dave Smith Youth Treatment Centre goes back many years, to the day the management team at ENCON Group Inc made a decision to focus a portion of the company’s charitable giving and staff time on a specific and vulnerable sector of society, At Risk Youth.

Marilyn has been a member of the Board of Directors of the Dave Smith Youth Treatment Centre and Foundation since 2016. In the past, she also did volunteer work with the Ottawa Hospital Foundation, the Shirley Greenberg Women’s Health Centre, and Amethyst House, Second Stage Housing, and, various school and youth sports activities. 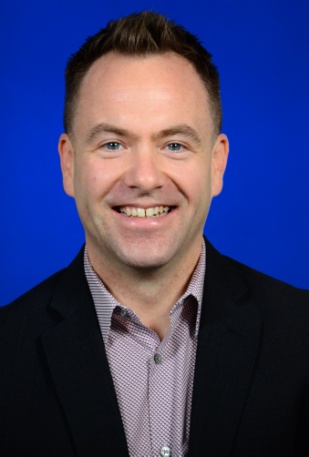 Cameron is the Head of Business Performance with the Ottawa Police Service. His area supports senior leadership with risk advisory, corporate performance, and business analytic services. He is a data analytics evangelist and open government advocate.

Cameron is passionate about developing partnerships and fostering collaborative solutions to address complex community based problems. He holds a graduate degree in Spatial Analysis from Ryerson University and professional certifications in project and change management. A married father of two, he is currently focused on volunteering with organizations that help youth achieve their full potential. 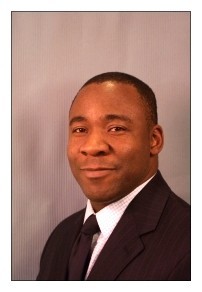 Michael is a partner with Langevin Morris Smith LLP, practicing in the areas of criminal and civil litigation. Michael joined the firm in 2002 after his call to the Ontario Bar. He is a graduate in law from the University of Manitoba.

While completing his undergraduate and law degrees, Michael competed in the sport of Greco-Roman wrestling and was a member of Canada’s national team from 1995-2001. He has represented Canada at the World and Pan Am Championships and was the alternate on the 1996 Olympic wrestling team. He is the head coach of the National Capital Wrestling Club.

If you can’t find him in the courtroom or the wrestling room, then you can find him in the classroom. Michael also works with the Department of Law at Carleton University in Ottawa. He teaches second year Criminal Law.

With a background in sports and law, Michael has established himself as a sports leader and a champion for athletes’ rights in Canada. He works with athletes and sports organizations on issues of team selection, funding criteria and internal sports appeals. He is the Past President of Athletes CAN, the Association of Canada’s National Team athletes. Michael has represented Team Canada at the Commonwealth, Pan American Games and Olympic Games. 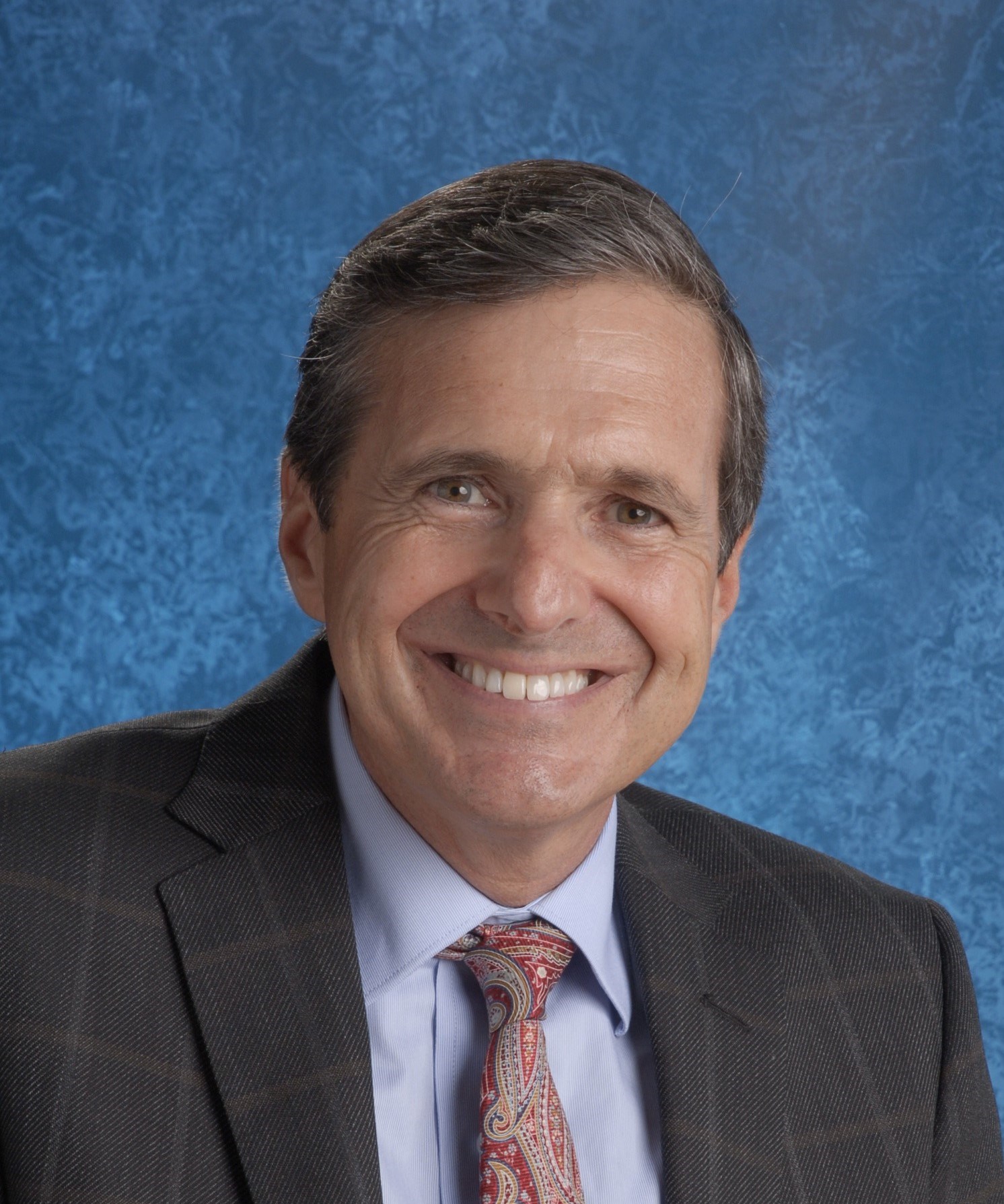 Recognized as one of Canada’s Outstanding Principals in 2014 by the Learning Partnership of Canada, René Bibaud has been active both in schools and the community at large for over 35 years. His training and participation in the Executive Leadership Program at the University of Toronto, Rotman Business School of Management has broadened and enhanced his leadership in both the school district and numerous Foundations.

Recently retired from the Ottawa-Carleton District School Board, René speaks at conferences across North America on innovation and leadership in education and he continues to support the school board with various initiatives. At present, he sits as a Director on both The Ottawa Distress Centre and the Dave Smith Youth Treatment Centre Boards and serves on The Advisory Committee to Citizen Advocacy Ottawa’s Fetal Alcohol Resource Program. 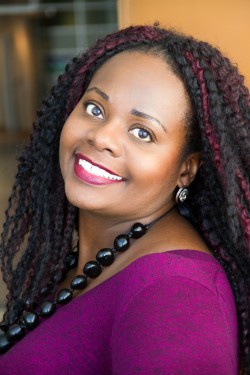 Tricia started her public service career as a student in the Human Resources Division at Canada Revenue Agency. In June 2010, she joined the Treasury Board Secretariat and has held various positions in the department, increasing in responsibility, most recent as a Client Relationship Manager for the Corporate Financial Systems team.

Tricia joined the Board of Directors for the Dave Smith Youth Treatment Centre as a member in 2016. In addition, Tricia is a Kind Village professional who, through a growing community engagement platform, celebrates, promotes and supports like-minded businesses, professionals and charities whose kindness makes our communities grow stronger.

Joined the DSYTC Board in 2012; Chair of the Communications Committee; Member of the Executive Committee.

Derek Johnston is a trusted communications strategist with more than 30 years of national and international experience in strategy development and execution, workshop design and delivery, facilitation, crisis and issues management, and executive coaching.

As President of Face Value Communications Inc. since 2002, Derek has provided client-centred strategic support to some of Canada’s most respected and iconic public institutions including the Supreme Court of Canada, the Ottawa Heart Institute, Queen’s University, the Canadian Paralympic Committee, and CBC/Radio-Canada.

For more than 10 years, Derek served as a regular instructor on executive development workshops at the Canadian Police College. He has been a guest lecturer on the University of Ottawa Executive MBA Program, a media relations instructor at the FBI Training Academy (Budapest, Hungary), a moderator and facilitator at Canada’s preeminent sport leadership conference, and a presenter at multiple U.S. conferences hosted by the International Association of Chiefs of Police.

Along with the development and execution of scores of communications strategies for a wide range of organizations, primarily in the public and not-for-profit sectors, Derek provides session design and facilitation services for a growing number of clients, both large and small.

Before launching Face Value, Derek worked as a broadcast journalist, government strategist, and senior advisor to the Commissioner of the RCMP. He is a graduate of Ryerson Polytechnical University (Bachelor of Applied Arts in Radio and Television).

Joined the DSYTC Board in 2007 and is a member of the Executive Committee.

Originally from the Annapolis Valley of Nova Scotia, David graduated from Acadia University in 1966 and spent the next 34 years as a pilot in the Canadian Forces. He retired as Commander of the Canadian Air Force in 2000 holding the rank of Lieutenant General. In the following year, he was appointed as Executive Director of the Canadian Transportation Safety Board, a position he held until July 2006. Following retirement from full-time employment, David successfully completed a year-long professional coaching certification program. He now works with executive clients in both the Public Service and private industry, supporting them in realizing their aspirations for a successful and gratifying professional and personal life.

David became a Director on the Dave Smith Youth Treatment Centre (DSYTC) Board in 2007. In November 2012, he was voted in as Chair of the Board. Those years have been both exciting and demanding as the organization was mandated to merge with another treatment centre, to implement a leading-edge residential treatment clinical model, and to lead the initiative to construct and operate a new 30-bed treatment facility in Ottawa. Since becoming Chair, David has also placed particular emphasis on establishing an effective governance structure for the Board of Directors, recruiting individuals who are genuinely motivated to operate under the highest standards in support of the vital mission of residential youth treatment in this community. 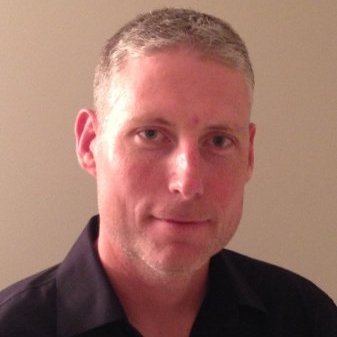 Joined DSYTC in 2000 and is a member of the Board and Executive Committee.

During his time with DSYTC Mike has skilfully undertaken the varied roles of Student Placement, Addiction Therapist, Clinical Program Coordinator, Executive Director (of their former Day Program) and most recently, Executive Vice President – Clinical Services. With his substantial experience at the Centre as context, Mike often speaks proudly about working side-by-side with many incredible people, the privilege of serving clients, and witnessing firsthand the tremendous difference the agency has made in the lives of youth and families from across the province.

Assuming the Executive Director role in June 2015, Mike is responsible for overseeing two addiction treatment residences for boys and girls aged 13 – 21, as well as a third campus in which the aftercare team, family programming and many administrative services originate. Mike leads a passionate and dedicated group of over 50 team members who all contribute to help more than 130 youth and families every year.

Actively participating on various local, regional and provincial committees, Mike also brings his noteworthy dedication, leadership and experience to initiatives which aim to enhance partnership, coordination and effectiveness within the treatment sector.

Mike holds a Masters of Education (M.Ed. – Counselling) from the University of Ottawa and a Masters in Business Administration (MBA) from Carleton University’s Sprott School of Business. He is also a Canadian Certified Counsellor (CCC) through the Canadian Counselling and Psychotherapy Association (CCPA), the author of various articles and a previous recipient of the Mental Health Service Provider Award from the Ottawa branch of the Canadian Mental Health Association.

In his personal time, Mike loves sports of all kinds, is a volunteer coach and is a devoted husband and loving father to two very active young boys.