Located in Ottawa the Dave Smith Youth Treatment Centre (DSYTC) is a non-profit, live-in, and community-based agency that is dedicated to helping youth (13-21) and families across Ontario overcome substance use and related issues and to achieve a healthier lifestyle. With separate evidence-based programs tailored to the specific needs of young men and women, it is the only Centre of its kind in Eastern Ontario.

With the invaluable support of the Ontario Ministry of Health and Long Term Care (MoHLTC), the Champlain Local Health Integration Network (LHIN), as well as the compassionate citizens of our community, the Dave Smith Youth Treatment Centre has been serving young people and their families since 1993.

The DSYTC was established in 1993 as a result of the relentless efforts of a small group of people, led by Ottawa restaurateur and philanthropist, Dave Smith.

The organization helped hundreds of youth and families each year as a Day Treatment program and in 2010, was chosen to alter its mandate to deliver important live-in and aftercare treatment services for youth and families across the province.

Raised in Ottawa, Dave Smith learned a strong work ethic at his father’s shoe repair store in Lowertown alongside his 12 brothers and sisters.
Dave Smith came into the world in humble surroundings. His loving Russian-Jewish immigrant parents had settled in Canada and Ottawa not long before he was born. Their dream was a simple one – to give their children a better future. 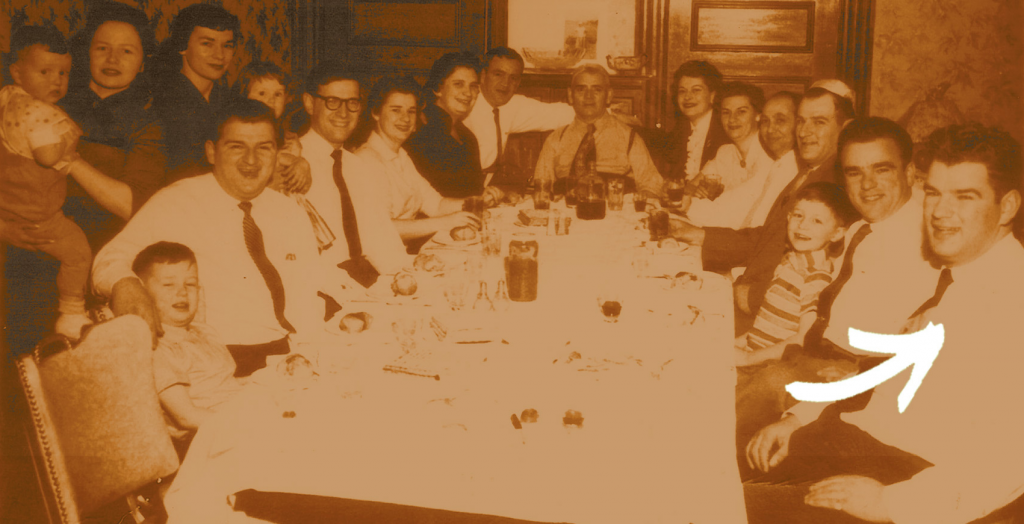 Growing up, young Dave learned from his parents the value of community and the importance of giving whatever he could to those who were struggling. These were lessons that were to shape his life and ultimately touch the lives of so many others. Today, Dave Smith is best known as a successful entrepreneur, unwavering philanthropist and community builder with boundless enthusiasm and an unshakable faith in humankind.

Known to so many in the Ottawa community as simply ‘Dave’, he has a unique gift for gathering and inspiring like-minded people around issues or causes that can improve the lives of others.
One of Dave Smith’s proudest achievements was (and still is) the establishment in the early 1990s of Ottawa’s first addiction treatment centre dedicated to helping young people – the Dave Smith Youth Treatment Centre.

After receiving a frantic call from a close friend whose son was addicted to drugs, Dave became frustrated that no treatment facility existed in Ottawa for youth struggling with drug and alcohol issues. As usual, Dave took action where he saw a need in his beloved community. After several years of advocacy, fundraising, door-knocking, speeches and dogged persistence the Dave Smith Youth Treatment Centre received operational funding from the Province of Ontario and opened its doors on Bronson Avenue in 1993.

Dave Smith is remembered as one of the most passionate, dedicated and hard working persons ever to ensure that every young person who needed help received it. 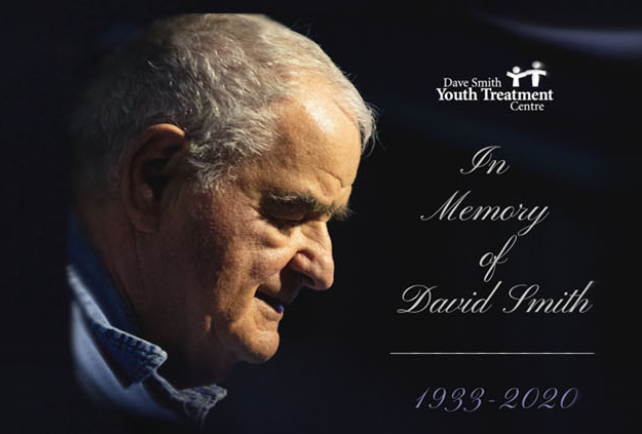